Revisiting the Story of Heart Hill

a quick history of the famous heart, in honor of valentine's day

An icon since the mid-1950s, Heart Hill has stayed constant as the rest of Paso Robles has rapidly changed. The Niner family purchased the property in 2003 but the land has roots back to the early 1900s when cattle roamed the hillsides and whiskey was preferred to wine everywhere except for church. But to truly tell the story of Heart Hill we first have to tell the story of the two brothers who created it.

this timeline was pieced together from stories and conversations with people who knew the brothers. if you have information to add to this timeline we would love to hear from you!

What is now Heart Hill Vineyard was originally part of a large cattle ranch owned by Claude and Dick Booker. Total acreage isn’t known as the brothers continually purchased properties throughout their life but is estimated to stretch between 800 – 1,200 acres.

The two brothers were orphans from the Central Valley before being adopted by Ms. Booker who had owned the land for decades prior. The two graduated from Templeton High School in the late 1930s and spent their lives as bachelors on the land. Claude was drafted into World War II but returned to the ranch after where he devoted himself to the ranch, the community and the Templeton Men’s softball team (legend has it he was an all-star catcher).

The Bookers were a pair of hardworking, humble & caring brothers who would dislike being labeled as any of those things.

They were pillars in the community and donated buildings, created scholarships & more to the Templeton schools.

After they died, Dick in 1990 and Claude in 2000, they left their entire estate to charity. The sale of their land and all their holdings (including the Niner’s purchase of Heart Hill) went into a trust to benefit an orphanage, the Salvation Army & the American Heart Association among others.

The stories about the Booker Brothers could fill a book but the bottom line is that they were farmers at heart. They worked the land they died on and spent their days together farming barley, oats & alfalfa along with raising chickens & cattle and lending a helping hand to anyone who needed it but didn’t ask. 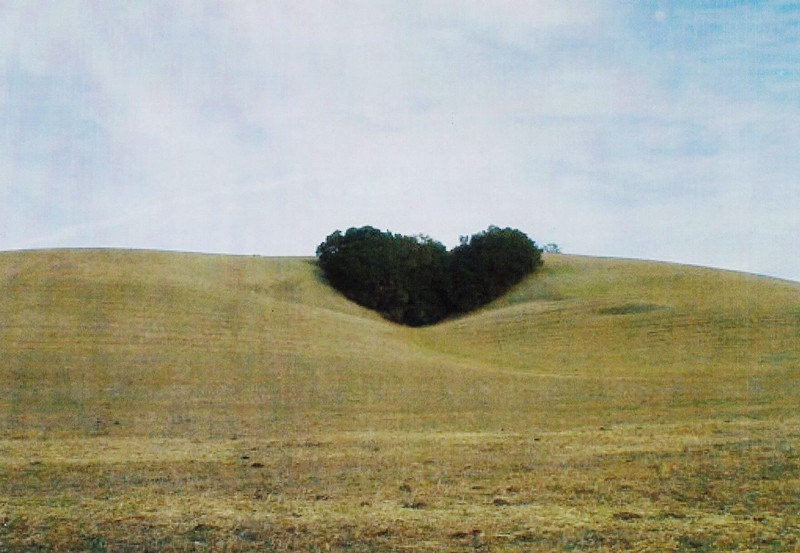 a photo of heart hill without grapevines planted (year unknown)

The Creation of the Heart

Sometime in the late 1950s Claude, Dick & their friend Edgar Wiebe) hiked up on a hill and noticed an oak grove that almost looked like a heart. Brushing aside their hard farmer exteriors they decided to notch out just the top of the grove to make it really resemble a heart. In true Booker fashion this was accomplished with a pair of binoculars, lots of hiking & a tractor. You can find an article detailing the event from Edgar's memory in this 2004 interview.

The heart has retained its signature shape ever since without any help from us. To our knowledge it only received the first round of trimming

As a company we aspire to be as hardworking, humble & caring as those who tread the land before us. Although the Booker Brothers no doubt would have rolled their eyes at farming wine grapes instead of barley they set an example of what passion looks like by devoting their life to their land, their animals & their community. Just like the Brothers, we own the land we farm and have a vested interest in its health & preservation; we’re not in this for the short run and the Heart will stay constant as things continue to change.

Thank you to Jon & Jaci Wood for these stories – they are long-time residents & farmers on the West Side of Paso Robles who experienced the Brother's tenacity & generosity firsthand. we understand that a lot of stories surround the Booker brothers, please email us at kbruce@ninerwine.com if you have additional stories or corrections to what is here

SLO County Magazine
printed in 2004
“(The Bookers) were decent people, the kind one talks about when spinning tales of the pioneers & their bright, happy spirits & their extraordinarily hard-working ways” read the rest » 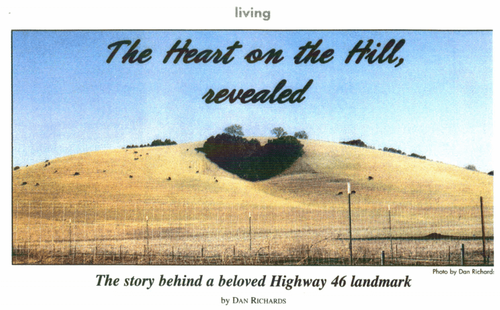 Karen Foster- Wells, the artist
printed in 2004
“(Claude) planted corn & tomatoes which he didn’t eat, but like (sic) to give them to his friends. I hung around him and liked to help him so I could learn to be more like him: always thinking of others more than himself and he was witty! [...] He tip-toed out to see his garden in his socks a few evenings before he died, just to watch the corn come up”  read the rest » 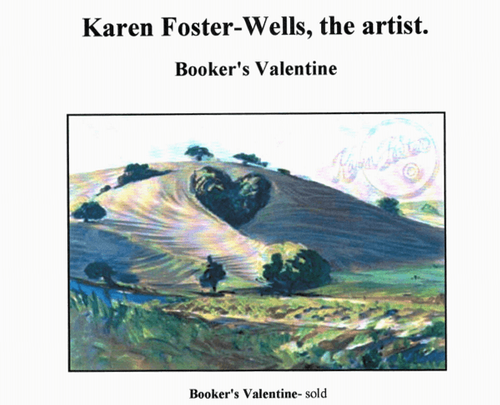